May 22, 2006 -Tokyo, Japan. Husky Terminal in the Port of Tacoma belongs to ITS (International Transportation Service, Inc.) which in turn is owned 100% by Kawasaki Kisen Kaisha, Ltd. ("K" Line), headquartered in Tokyo, and has been providing high quality services that are being further upgraded through doubling the size of its terminal capacity and installation of new larger-sized container-handling equipment on the occasion of its transfer to Terminals 3 & 4 effective in June 2005 from “ Terminal 7D ” where Husky Terminal has had operations for more than 20 years since being establishment in 1983.

As of the start of its operations at Terminal 3 and 4, Husky's major specifications and facilities included approximately 74 acres of yard capacity, two berths that were 1,500 and 950-feet long, respectively, and 4 post-Panamax gantry cranes. Phase two of its latest expansion was completed in April and included further upgrading by extension of another 250 feet to the 950-foot quay, making it 1,200 feet long, increasing yard capacity to 93 acres, as well as addition of three top lifters.

As a result of this latest expansion and further improvements, Husky terminal is well prepared to provide smooth handling for the 5,500TEU class vessels that are expected to be deployed in “ K ” Line's PNW service that will enlarge vessel size from the current 4,000TEU class effective from this coming summer.

In addition to the above changes, Husky terminal has plans to implement a "Terminal Management System" in the near future which has been in use at ITS Terminal in Long Beach , CA since last year, and which contributed to an improvement in efficiency as well as speedier terminal and vessel operations during the past year. By implementation of this system, Husky Terminal will be in a position to ensure that efforts will continue to even further improve services for Husky Terminal customers. 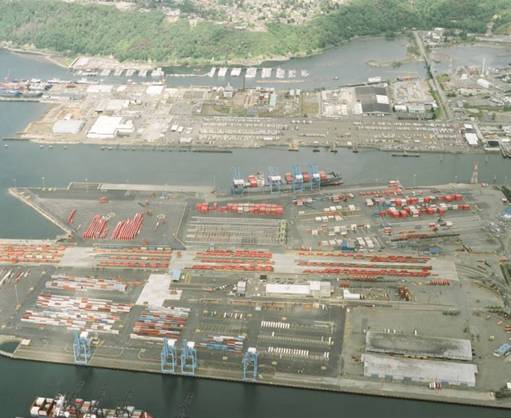 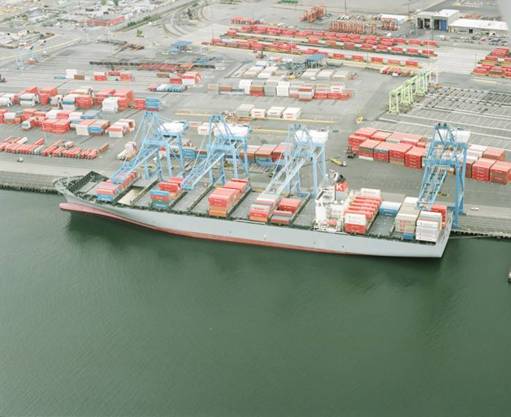